In 2015 I attended the House Of Lords as an Ambassador of ‘The Share Foundation’. This was a very proud moment for me, even more so because the charity works in an area close to my heart. They provide funding for children in care that goes towards their education, to give them a better start once they leave the care of the local authority.

Whilst mingling with the Lords and Ladies and other Ambassadors in the very grand room in a building steeped in history, I felt strangely at home. My family background is a million miles away from the pomp and ceremony of the aristocratic traditions. However, a few years before in 2012, the Prime Minister of England invited me as a guest at Number 10 Downing Street. And just a month later, I gave a speech inside the Speaker’s House, in the House Of Commons, where I shared the stage with Jonathan Aitken, former member of parliament. So by now, I’d become used to these surroundings. However, these surroundings are a far cry from where I started.

In 2009, I won my release from prison after spending 11 years behind bars, something I’m not proud of. And although I can’t excuse it, my background may explain how I got to that point. 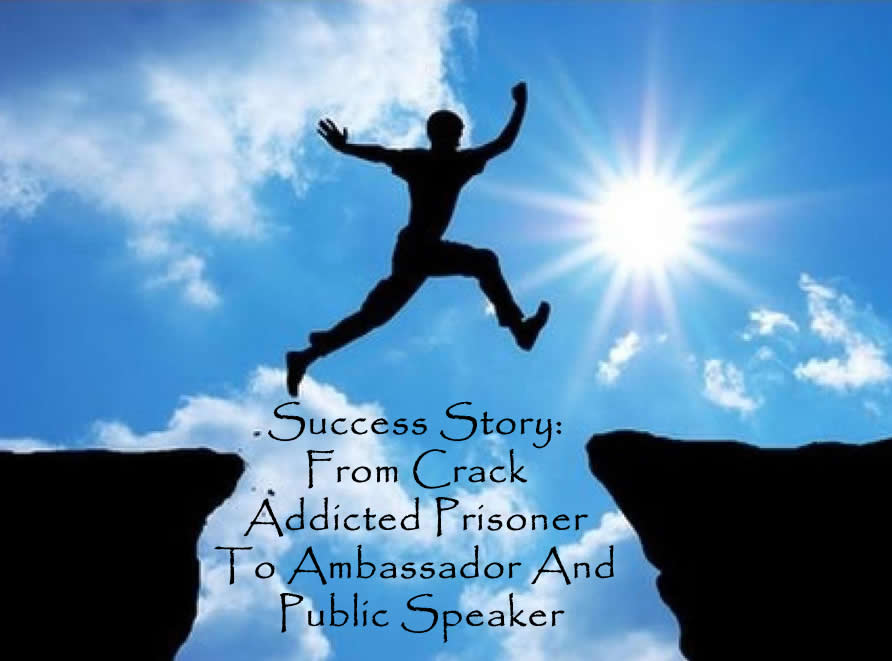 My parents came to Great Britain from Barbados and settled in East London, United Kingdom. By aged 5, my father left the family home, leaving behind, me, my mum, and my little sister. From then on, the relationship between myself and my mother was not good, and it wasn’t long before the relationship turned from not good to hostile. After a few years of a dysfunctional home life, the social services became involved because among other things, I’d become uncontrollable. Then by aged 10, I was taken into care. And from then on, I was in and out of institutions.

I started in a children’s home then went into an assessment centre and finally a reform school. I started to abscond early on but not as much as when I got to the reform school. I was constantly running away. Each time the police found me, they brought me back, but I would just runaway again. This was a very sad time of my life and I started to build up a lot of resentment, not only towards my mother, but also towards society. I did have spells where I went back home for trial periods but it never worked as it was obvious we both resented each other, which led to painfully unforgettable incidents inside the family home.

By early teens I was using drugs and suffered bouts of homelessness, where I lived on the streets. This led to even more resentment. And the anger issues I had as a child turned me into a very dangerous man. But nothing compared to when I started using crack. My crack addiction drove me into a world of madness filled with paranoia and violent outbursts. And it wasn’t long before I got convicted of a violent crime and sent to prison. After several years of spiralling addiction and short spells in prison, I finally ended up getting a lengthy prison sentence.


In 1998, I was remanded in custody and then in 1999, I was sentenced to a section 2 Life sentence with the hope of parole in 2004, but this was a new sentence and there were no guarantees. A few years into the sentence, I realised that parole for me was looking very bleak. Not guilty verdicts and police investigations had come back to haunt me and were being used against me. Despite this setback, I’d made changes in my life. Even though I had access to drugs and alcohol, I decided to quit. I even started to educate myself and gained a sense of empowerment. But nowhere near as much as when, I read ‘The Secret’.

It was in 2008 that I came across The Secret. I read about the book in an article, and to be honest, it couldn’t have come at a better time. I’d already spent a decade behind bars and it looked as though at best, I would spend many more years inside, and at worst, never see the light of day again. So, when I read about the book, I was in a bad place psychologically and needed a boost. On my next trip to the prison library, I borrowed a copy and rushed back to my cell. I started to read, and as I read, I couldn’t put it down. I’d already read books on positive thinking, so I was more than ready for this.

After I read the book, I read it again. Then out of the blue, I was transferred to another prison, and then began the most psychologically tormenting period of my imprisonment I had to go through. So much so that when I got to the next prison, I looked up at the filthy tea stained graffiti on the cell walls, and for a moment I contemplated suicide. But thankfully I remembered the teachings of The Secret and was then filled with a sense of self-pride. There was no way I was going to lose.

I ordered myself my copy of The Secret and read it over and over. I then spent the next 12 months fighting my case for release, and even though the odds were stacked against me, I eventually won my release in July 2009.

Since then I have gone from strength to strength and made steps to give back to society. And as a result of my transformation, I get invited to some of the grandest buildings in the UK. But best of all, I get to share my journey in the hope of inspiring others to realize that, no matter what start you have in life, with the right attitude and with ‘The Law Of Attraction’, you can always turn your life around.

Author: Leroy Skeete from London, United Kingdom
About the author: My name is Leroy Skeete, I’m 46 years old and I live in London where I grew up. I share the stage as a public speaker with Jonathan Aitken (former member of parliament) and I also speak at events on my own and in 2015, I was made an Ambassador of ‘The Share Foundation’. As well as my charity work, I write, mentor and advise on matters relating to ex-offenders. I also campaigned against Legal Aid cuts and I have an interest in Prison Reform.
Source: https://www.thesecret.tv/stories/crack-addicted-prisoner-ambassador-public-speaker/