Have you ever felt stuck in some situation or event which requires some emergency cash over and above your other expenses? In today’s story the author comes across a similar situation and she narrates how she got herself out of it.

On a weekly basis, I transfer an allowance into my 16-year-old daughters bank. One particular week I transferred her allowance which she withdrew from the ATM machine. The very next day she called me to say the screen on her mobile phone was broken. I told her to take it to a phone shop to see how much it would cost to be repaired. However, she was devastated when the guy in the shop told her that the cost to repair the phone exceeded her weekly allowance. She informed me in the same call that her bank account balance was zero. I told her she would just have to wait till the following week to get it fixed. 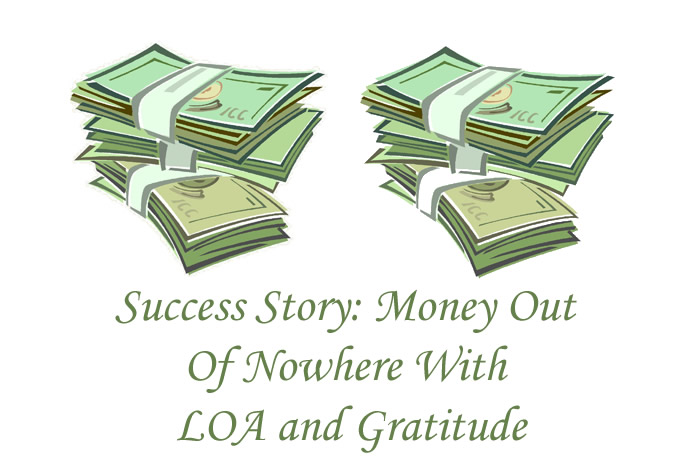 After placing down the receiver I began giving thanks for my daughter’s phone being fixed and visualized her sending text messages to her friends. What happened next was truly amazing!!! Within 15 minutes my daughter was back on the phone again, only this time she was telling me that in desperation she had gone back to the ATM just to check again. When she requested a balance, the machine displayed that she had just enough to cover the cost to repair the phone. Bear in mind she had a zero balance the previous day after withdrawing her allowance and her account has no overdraft facility.

She quickly withdrew the money, ran back to the shop and had the screen repaired. She kept saying ‘Mum, I cannot believe it! There was definitely no money in my account before.’ Instantly I knew that the Universe had granted my request. My daily gratitude ritual and giving love to others was beginning to pay off! Thank you, thank you thank you.