This is a story not about me, but about my fiancé. She is far too modest to think she has done so well.

Almost 2 years ago she fell pregnant while working a job that she did not care for with a salary which was well below average considering she had an Honors Degree in Accountancy and academic grades most people dream of. One of the worst things about this job was that it had a 3 months’ notice period and that meant it was hard to land another job.

We have known The Secret for a few years now and we try our best to live our lives by it.

She gave birth to our baby in Oct 2013 and by March time she had to start thinking about when she was going back to work. She had a meeting with her boss about going back Part Time and suffice to say it did not go well. With the backing of myself and family she decided to hand in her notice and focus on being a Mother to our beautiful daughter. In the mean time she signed up to a few agencies that were actively looking for jobs that suited her.

Nothing significant happened until the end of June 2014 but my fiancé wasn’t worried. She had complete and utter faith that the right job would come along. By mid-July we would go down to a single wage and money would be very tight. 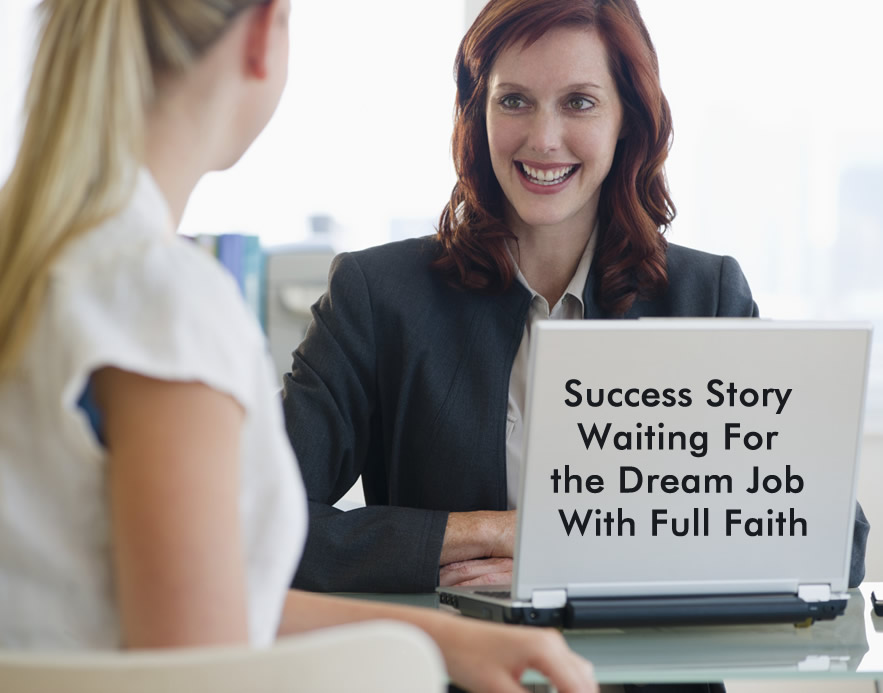 But something amazing happened.


She had several interviews in a very short time period that came from nowhere. First Interview she got offered the job 30 minutes after and right away she decided it wasn’t for her.

Can I reiterate that we were getting to the point where we had no money and desperately needed it?

To cut a long story short, 3 more job offers swiftly followed and were turned down. My fiancée wanted better wages than what were offered and excellent flexibility as she was a mother and wanted to be there for her daughter. One employer told her she would never get the flexibility and the understanding from any employer and she was living in dreamland if she thought she would get it.

My fiancée persisted and got this magnificent job offer that was essentially a “name your terms contract”. She picked her working hours to suit her, she could accumulate flexi-time so she could take more time to be with our daughter and the wages far exceeded what she had with her previous employer, even though she is now working Part Time.

It wasn’t until after she got this job that we sat down and discussed what she had achieved. By turning down 4 job offers she was intentionally attracting her perfect job because she wasn’t accepting anything less than perfect and through LOA that is exactly what she achieved.

Finally, she started her new job one day after her notice period ended from her previous job. The Law of Attraction knows nothing but perfect timing.