Now I’m dancing for my life”

Irene Cara is best known as a singer of movie themes, though she worked as an actress since childhood. Raised in New York City, she appeared on Broadway in 1967 in the musical Maggie Flynn at age eight and can be heard on the cast album for the show The Me Nobody Knows. From the age of 16, she was turning up on television and in films, including a part in the TV mini-series Roots 2 in 1979. In 1980, she was catapulted into stardom and a singing career by her appearance in the film Fame, for which she sang the title song, an Oscar-winning Top Ten hit. Also from the film was her Top 40 hit “Out Here on My Own.” In 1983, she topped the charts with “Flashdance…What a Feelin'” from the movie Flashdance, a song she co-wrote that won another Oscar, and Cara won a couple of Grammys for her contributions to the soundtrack. Her What a Feelin’ album included the hits “Why Me?” and “Breakdance,” and she also made the Top 40 with a third movie theme, “The Dream (Hold on to Your Dream),” from DC Cab. ~ William Ruhlmann, All Music Guide

Jennifer Beals stars as Alex Owens, a Pittsburgh steel-mill welder by day, and bar dancer by night. Harboring dreams of a career in ballet, she is given financial support in this endeavor by her boss Nick Hurley (Michael Nouri) and moral support by demanding but big-hearted instructor Hanna Long (Lilia Skala). The film’s signature scene is, of course, Alex’s water-drenched dance audition, largely performed in long shot by her dance double Marine Jahan. Essentially an old-fashioned backstage yarn, Flashdance was given a contemporary spin by its pulsating, musical score featuring the Oscar-winning Best Song, Flashdance…What a Feeling, (music by Giorgio Moroder, lyrics by Keith Forsey and Irene Cara).

Lyrics of the song Flashdance What A Feeling – Irene Cara

First when there’s nothing

But a slow glowing dream

That your fear seems to hide

Deep inside your mind

All alone, I have cried

In a world made of steel

Well, I hear the music

Close my eyes, feel the rhythm

Wrap around, take a hold of my heart 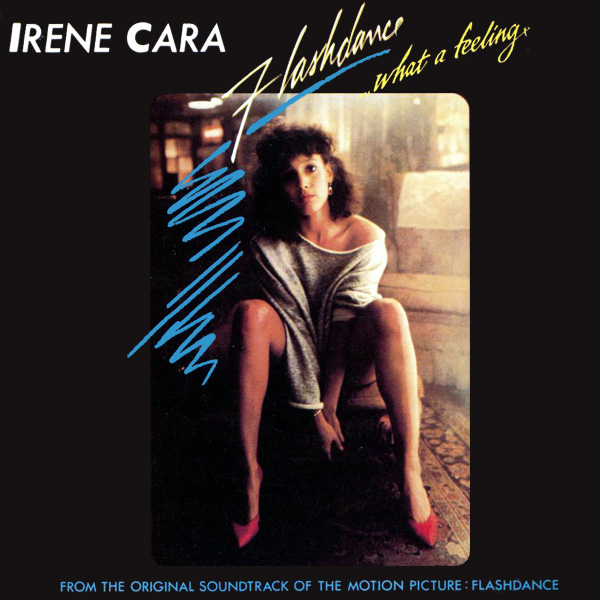 
Now I hear the music

Close my eyes, I am rhythm

In a flash, it takes hold of my heart

What a feeling, being’s believing

Now I’m dancing through my life

What a feeling (I am music now)

Being’s believing (I am rhythm now)

What a feeling (I can really have it all)

(Pictures come alive when I call)

Have it all (pictures come alive when I call)

I can have it all (being’s believing)