Recently I have been studying the LOA and the subconscious mind as if it were an assignment due at university. I was told to read The Secret about 2 years ago and I thought I was applying everything correctly. Obviously this was not so, because everything I wanted seemed to be getting further and further away.

I decided to start telling myself that ‘there is always enough money’ and ‘more money is coming to me today’. Yesterday as I walked out of my house to take my boys for a bike ride, I looked down and saw a 5c coin on the ground. The phrase ‘find a penny, pick it up. The rest of the day you’ll have good luck!’ kept playing over and over. So I kept the money and put it in the tray of my son’s bike. Later that afternoon I had this weird feeling that I should listen to ‘The Power of The Subconscious Mind’. When I started listening to it, I finally realized where I had been going wrong this whole time. I was saying affirmations, feeling excited for my new future, smiling, you name it. I felt so good but, my subconscious mind was not convinced. It still believed I had a ‘lack’ in those areas. 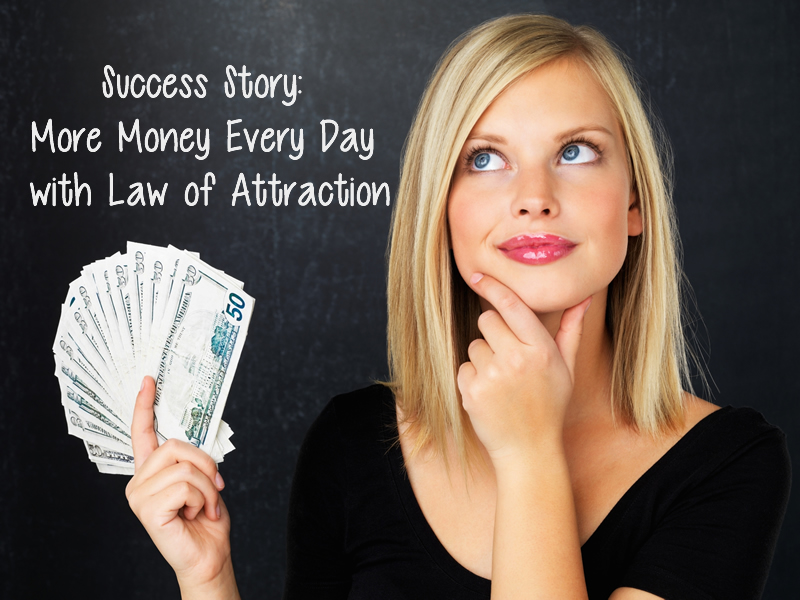 When I would say ‘money flows freely and effortlessly in my life’, it felt good saying it but deep down in my subconscious mind, I did not believe it at all. So nothing got better, things just got worse. I then Googled an article that suggested to just repeat the word ‘wealth’ to yourself, over and over and visualize what you would do if you had more than enough money.

So I did this and for the first time I did not feel my subconscious mind or the Universe disagree. I felt good! Ten minutes after doing this I opened my bank account and noticed one of the accounts that was at $0.00, now displayed $3.38. I turned to my husband and asked if he had used the account for anything, transferred money or was expecting money. He looked at me confused and said ‘No, why?’. I checked to find where the money had come from. No record anywhere. It had just appeared! I know this may seem small but I knew in that moment that the Universe sent me that money because I made my subconscious mind believe in ‘wealth’.