In today’s story the author describes how negativity was destroying her life and making it worse day by day. She then shares how she turned her life around by positive thought and actions.

This might be long. I heard about the Law of Attraction back in February/March of 2017. I had limited success with it and have had mixed feelings about whether I should even continue believing in something like this but I was completely at the bottom.

This entire past year, I was convinced I was sick and couldn’t get myself to class or anything. My GPA completely tanked. I was also holding a position as a Residential Advisor (RA) through NY university’s housing department, which pays for my housing. But I had to maintain a 2.5 GPA every semester. During my first semester working as an RA, like I said, my GPA tanked and it was below 2.5 for the first time. I was put on probation and if I couldn’t get a 2.5 GPA or higher the next semester, I would lose my position. I got even more depressed and anxious and scared. So during my second semester, I got a D in one of my classes so I was sure that my GPA was below a 2.5. I was just waiting for the housing department to let me know that I could no longer be an RA. During my finals I thought I still had the chance to bring my GPA up but sadly it didn’t happen. 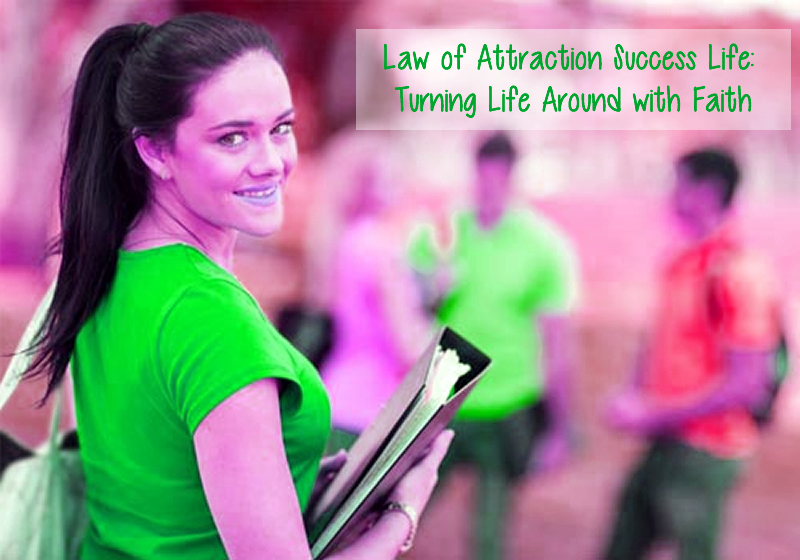 During that same time as my finals I did one of The Magic Practices for my RA position. Then when I found out about my D, I got scared and sad that I lost my position. But a small part of me decided to be thankful for my RA position next year, anyway. I had mixed feelings that the situation could be reversed since I was already told by my supervisors that the housing department never break their policy. But still I hoped.

A couple weeks later I got an automated email of congratulations for my position next year which was already sent to me back in April, before the end of my last semester. It was sent in April because I still had the position since our semester did not end yet so they did not have my GPA at the time. So I emailed back wondering why I got that email in late May again. They told me that they did not know; it was probably just a glitch but I took it as a sign and forgot about it. It was now the end of June and they still had not let me know officially whether I could keep my position next year or not, so I was still being hopeful.

Then two days ago I ran into my supervisor and she asked if the Housing department sent me an email about my position. I said no and she was worried about me so she said she would ask them and see what they say. I started getting worried again. What if she emails them and they say that I no longer have the position? I was so scared and worried because I did not want to lose the position. But then I started calming down. I knew that God would take care of me and that he was ultimately my shelter. So I thanked God for my RA position next year and I kept telling myself that God has my back and is my shelter and I felt much better about it.

Then 2 days after I ran into my supervisor, she sent an email to me congratulating me saying that I could still keep my position!!!! I still have no idea how it happened but I was so thankful!!! I cried from happiness and thanked Krishna and now I definitely do not doubt! I know now that anything is truly possible. I am so grateful for my RA position in 2018 and I hope my story proves that God can move mountains if you have enough faith and trust. Thank you!