Well, as we have discussed this several times in the past, you can use the law of attraction to attract almost anything in your life, with enough faith and belief.

So in today’s story the author describes how he attracted a famous band to play live at the diner near them.

So last night the most amazing thing happened. Let me start with last week though. My wife and I were watching some random shows at night and this band played live on this show. Then the next night the same band played on a different night show, and the same thing two nights later! I told my wife I would love to see that band play live. 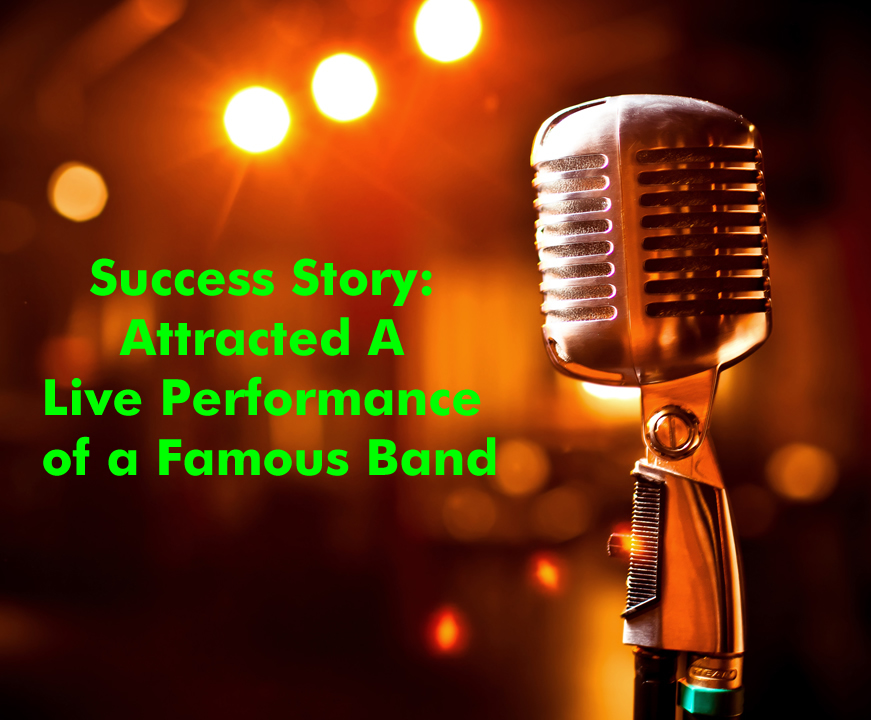 Yesterday afternoon I asked my wife if she wanted to go get a pizza for dinner and she said that would be great. So I went to the place we always go to get pizza and something told me to go inside rather than go to the carry out window. I went inside and sure enough the band (not a cover band, but that band) was playing a closed set at our pizza restaurant! We do not live in a large city or even a large town, we are about 35 miles outside of Chicago and they just happened to be at that restaurant playing.

Completely blew my mind! I can say for sure now that the Law of Attraction is real and you do need to be careful what you think. If I was not careful with staying positive I would have never have been able to attract The Foo Fighters to our small town!!! Thank you, thank you, thank you!!!!