Today’s story will show, how you can change your life around once you start believing in the law of attraction and the Secret.

I have believed in the concept that each person is deeply loved by a God, whatever you identify that as. People would gravitate toward me to ask me questions about faith, answers about God, answers about faith and prayer. I gave my answers simply and easily because I believed that there was blessing, healing, prosperity and happiness for everyone. But there was a huge dichotomy in my life. I was poor, unhappy inwardly and my health was going downhill. I would pray and beg for changes for me. I would fast and pray and seek but I stayed the same. I kept sharing words of faith because I believed them down deep in my core.

My mom suggested I read The Secret. I did not. Years later I had some free book credits on Audible. There was The Secret as a suggested book for me. I decided to go ahead and try it. My emotional response to the message of The Secret was immediate. I attempted to practice it but I had little results. I was still overweight, poor and broke. I listened to The Secret every day on my way to work for months. Out of nowhere I received a text from a friend in an employment office. He told me he had sent my resume to an employer that was hiring for a position I had no qualifications for. I was flooded with fear and doubt. At the end of the day I realized a deep truth. While I believed what I was hearing when I listened to The Secret, I did not believe it could be true for me! 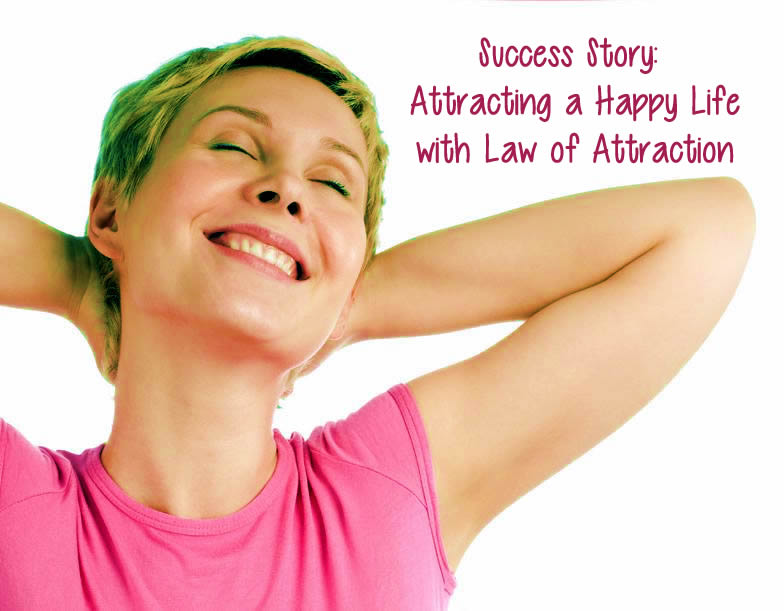 I went rushing to the restroom, had a good cry and decided I was going to change my mind right, right now! I told myself that the Universe was constantly moving on my behalf and that blessings were mine, provisions are mine and health is mine! I faithfully kept at it and a week later I was hired for that job! It was a pay increase, a small amount of prestige and a great boss!


I was so motivated! I went to The Secret website and printed out The Secret Check and wrote it out for $30,000. I was believing that the Universe would assist me to make that money at my job.

The business I was working at hit a rough patch and I was flooded with old thoughts of lack and fear. I floundered for months to get my thinking on track. My work environment had become tense and my only coworker became disapproving and resentful toward me. I was feeling like a victim.

A friend contacted me one day to go to lunch. I told her of my woes. She reminded me of my past passion for changing my thinking. Renewed, I determined that I was going to keep to my goals and living positively! A few short months later I received a phone call offering me a job that did not even exist yet! I interviewed for it and I was told that I was their selection as soon as the job was created. It took three months to receive confirmation for the job creation and when that call came in the salary was $30,000 per year on the penny!

I am growing every day! I am learning how the apply The Secret in many ways! I wanted to share my story here to say thank you. I also wrote it so that if anyone reads this that has doubts about whether or not there are blessing for you, know that there are blessings for you!!!!

Author: Jennie Fisk from Washington State.
About the Author: I am a daughter, a mother, a wife and a woman of deep faith.
Source: http://www.thesecret.tv/stories/blessings-for-you-yes-you/