The best way to find a perfect partner for you is by implementing the law of attraction in the correct way. Today’s story will show you how you can blow away a perfect relationship with negative thinking and on the contrary make the most of it with the help of positive thinking and faith.

Dreams really do come true, when you follow the laws of attraction.

I had been single all my life, and now realize it was due to my belief that guys will always mess you around and things will fizzle out before they get serious. This was reflected in every romantic situation I had, until I discovered The Secret!

Last year I matched a guy on a dating app and we began texting for months. However, we were living in different parts of the country and so it made it difficult to meet up. He was everything I wanted in a perfect partner, extremely handsome, kind, funny and intelligent. But at that time I still had those negative beliefs. So guess what? It fizzled out.

I eventually forgot about the guy until a few months ago, I was practicing the law of attraction and asked the Universe for my perfect partner. His image out of the blue appeared in my mind. I thought, wouldn’t it be great to talk to him again?! So let my wish go out into the Universe. 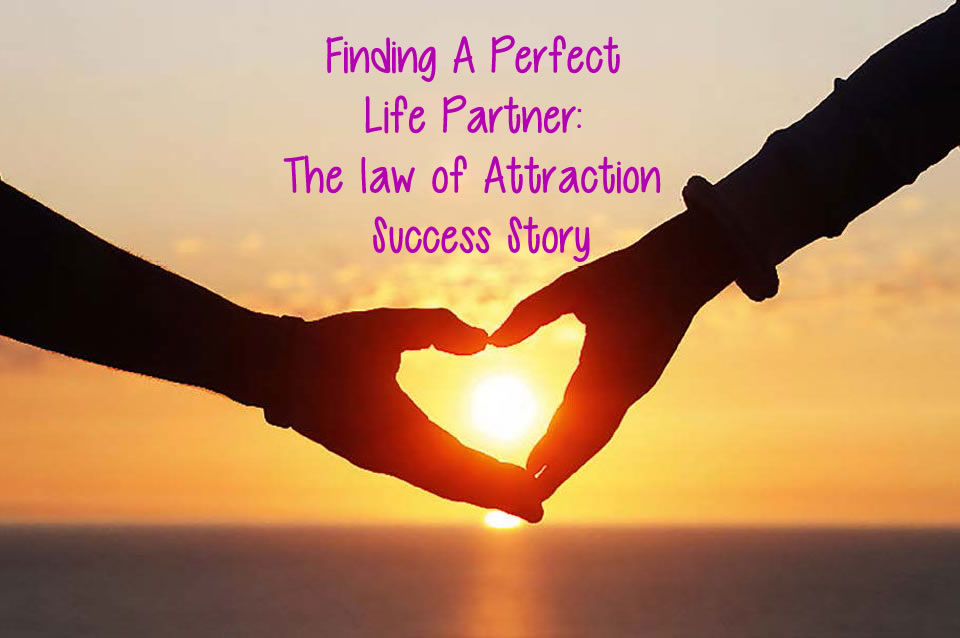 A few days later, I was on the dating app and guess who appeared once again?! That same guy! We matched once again and began messaging. He suggested meeting up when he was next in my city. But old habits die hard and once again doubts crept into my mind. He stopped messaging.

I tried to forget about him but I just couldn’t get him out of my head. It was driving me insane! I had finally had enough and so I said to the Universe; I trust you, if he is meant for me, you will send him back to me!

Then something amazing happened. Completely out of the blue two months later, he texted me. He was planning on moving to my city after he graduates and he wanted to meet up for that drink we had been planning for over a year. We met up, it was wonderful, and the rest is history. He is now my boyfriend!

I am happier than I have ever been with my perfect man and it is all down to the law of attraction. So thank you, thank you, thank you Universe! And to those of you who have any doubts, ask, believe, receive and trust that the Universe will give you what you desire.

Author: Serena from London, UK.
About the Author: Student from the UK.
Source: http://www.thesecret.tv/stories/my-fairy-tale/