When I read this, half way through I thought how can the law of attraction work in such cases?

This could be an exaggeration, but going ahead I read the lines”faith can move mountains” and I got it.

It’s our own thoughts that restrict us. It is what we believe that works for us. If we simply think how can the law of attraction work for this it never will.

A nice story to start believing blindly in the secret.

I start with the name of the God, who is the source of everything in my life and a deep gratitude towards The Secret team for their amazing work for bringing The Secret to us.

My story is about a little puppy that my mother found early in the morning. He was found at the sewage line that runs parallel to our roads. He was a new born and his mother had kept him there to be safe. But it rained heavily the night before and all the sewage lines over flooded. The puppy managed to get out somehow and my mother found him shivering badly. 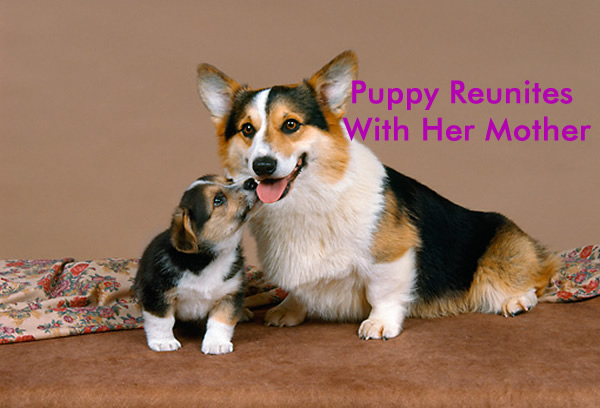 When I saw him I was surprised to see the little puppy who was so small, his eyes were still shut. I tried to comfort him. He mistook me as his mother and would suck my hands and fingers and would sleep in my arms. He cried when I left him and I would comfort him again and again. I knew he would not survive without his mother and I prayed and prayed so his mother would return in search of him.


We kept the gates open so his mother could come in to see him if she finds that the puppy is with us. I would stand at my terrace to see if there is any dog roaming around. Two or three male dogs passed by, smelled him and left. I was so sad that his mother was never going to return.

Then I decided to use the law of attraction. I took my gratitude journal and wrote how happy I was that the puppy’s mother has found him and now he is all safe. I wrote how thankful I was to the puppy for making my day with his cuteness and how he would grow to be an honest dog. I thanked God for listening my prayers and returned to my work.

It grew dark and my mother said that the dog is not going to come today. So we fed the puppy with milk and I made him a cozy bed were he could feel comfortable. He slept and we went on to our dinner. As we were having our meal I heard a dog’s voice. I was concerned that it might be the puppy and he had woke up, so I ran to see him. But to my surprise there was a female dog standing outside our gate that was now locked, and she cried for the puppy. At first I did not believe that she was the puppy’s mother because they both were different colors.

My father asked me to bring the puppy and I did so. As soon as the dog saw the puppy, she stared to dance around to see him. I put him down on the floor and she struggled to get to him. We were all shocked to see that his mother had found him finally. We opened the gates and put the puppy outside. The mother smelled her baby and licked her and grabbed her softly from his back and ran away. We also kept some food for her, but she did not bother to even look at it.

I thanked a ton in my heart to God for listening to my prayer and my utter belief had lead the mother to her child. Well personally speaking, I believe the dogs that came to smell the baby must have told the mother that her baby is at our place. : )

Well, a happy ending and a great lesson for life. Faith can move mountains. Faith lead a puppy to her mother. It was an amazing day. LOA is real and it can work wonders for you. So please, keep trusting even where there seems to be no hope, a light always shines at the end. Never stop trusting because you might never know how close you were when you actually gave up.