I used to be a normal healthy lady before an incident in which a dog tick bit me.

I visited the doctor concerned about it, but he reassured me not to worry about it. The ticks in our country are safe and tick diseases are rare here, he said.

A couple of months later I experienced some symptoms which I couldn’t quite understand. For example, I would have night sweats, then as time progressed, I felt feverish, had heart palpitations and at times my blood pressure would get high. It was such a very frightening experience I got admitted to a private hospital where the professor doctors screened me for all the diseases I had never heard of.

I told them about the tick bite incident, however, since there was no rash which was a common symptom of a tick bite disease, they completely disregarded it and discharged me with a diagnosis of fever of unknown origin in the medical report.

I still suffered the symptoms and I felt I would die because nobody was able to diagnose and treat me. 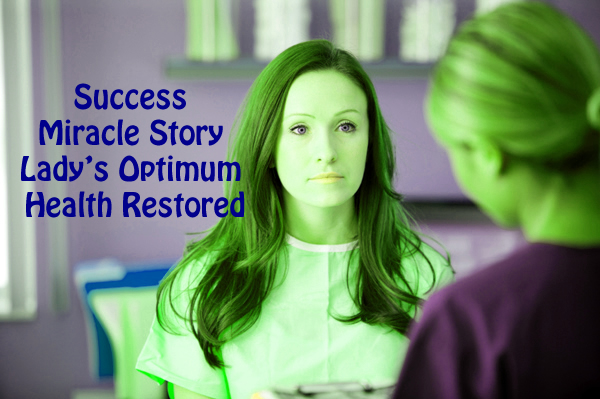 Then I remembered a book I bought some years ago called The Secret. I looked for it and I knew there was movie about it. I decided to watch it and the part that most struck me was where one of The Secret teachers said billions of cells are destroyed and made every day, and disease cannot live in an emotionally healthy body.

I printed The Secret Check and instead of writing an amount of money on it, I wrote that “I am completely healed from a fever of known cause. Thank you for my optimum health”. I stuck it on my bedroom wall which I would see every day. I even made a jingle to sing often about giving thanks for my complete healing.


A couple of days after, a friend at work referred me to a health and wellness doctor. He was not a top professor as the others I had been to were but he was very open minded to the incident where I explained how I felt before and some months afterward. He decided to treat me for the tick borne infection.

After three weeks on the medicine, I was completely cured and those devastating symptoms forever disappeared!

Indeed when I reflect on my own Secret Check I realize the unknown cause of the fever had been finally revealed and cured.

I am so happy to be enjoying optimum health!

Story by Petal in Trinidad and Tobago