Leadership is more of an art or a skill rather than a science.

Here are 40 quotes from World leaders that will inspire you and help you to become the person you should be.

1. “Face reality as it is, not as it was or as you wish it to be.” – Jack Welch
2. “Any woman who understands the problems of running a home will be nearer to understand the problems of running a country.” – Margaret Thatcher
3. “The nation will find it very hard to look up to the leaders who are keeping their ears to the ground.” – Sir Winston Churchill
4. “He who has never learned to obey cannot be a good commander.” – Aristotle
5. “The best executive is the one who has sense enough to pick good men to do what he wants done, and self-restraint enough to keep from meddling with them while they do it.” – Theodore Roosevelt
6. “Men make history and not the other way around. In periods where there is no leadership, society stands still. Progress occurs when courageous, skillful leaders seize the opportunity to change things for the better.” – Harry S. Truman
7. “Focus your life solely on making a buck shows a certain poverty of ambition. It asks too little life of yourself. Because it’s only when you hitch your wagon to something larger than yourself that you realize your true potential.” – Barack Obama
8. “I began revolution with 82 men. If I had to do it again, I do it with 10 or 15 and absolute faith. It does not matter how small you are if you have faith and plan of action.” – Fidel Castro
9. “The human voice can never reach the distance that is covered by the still, small voice of conscience.” – Mahatma Gandhi
10. “If a man is called to be a street sweeper, he should sweep streets even as Michelangelo painted or Beethoven composed music or Shakespeare wrote poetry. He should sweep streets so well that all the hosts of heaven and earth will pause and say, “here lived a great street sweeper who did his job well”.” – Martin Luther king, JR. 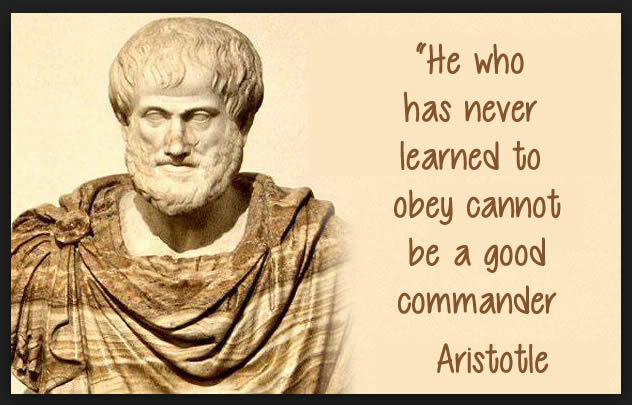 11. “The value of a man should be seen in what he gives and not in what he is able to receive.” – Albert Einstein
12. “A sense of humor is part of the art of leadership, of getting along with people, of getting things done.” – Dwight D. Eisenhower
13. “People buy into the leader before they buy into the vision.” – John Maxwell
14. “The art of leadership is saying no, not saying yes. It is very easy to say yes.” – Tony Blair
15. “Never tell people how to do things. Tell them what to do and they will surprise you with their ingenuity.” – General George Patton
16. “Leadership is the art of getting someone else to do something you want done because he wants to do it.” – General Dwight Eisenhower
17. “It is better to lead from behind and to put others in front, especially when you celebrate victory when nice things occur. You take the front line when there is danger. Then people will appreciate your leadership.” – Nelson Mandela
18. “To do great things is difficult; but to command great things is more difficult.” – Friedrich Nietzsche
19. “Earn your leadership every day.” – Michael Jordan
20. “A good leader is a person who takes a little more than his share of the blame and a little less than his share of the credit.” – John Maxwell
21. “Effective leadership is not about making speeches or being liked; leadership is defined by results not attributes.” – Peter Drucker
22. “Big jobs usually go to the men who prove their ability to outgrow small ones.” – Ralph Waldo Emerson
23. “Leadership and learning are indispensable to each other.” – John F. Kennedy
24. “Leadership cannot just go along to get along. Leadership must meet the moral challenge of the day.” – Jesse Jackson
25. “Leadership is a potent combination of strategy and character. But if you must be without one, be without the strategy.” – Norman Schwarzkopf
26. “Never give an order that can’t be obeyed.” – General Douglas MacArthur
27. “No man is good enough to govern another man without that other’s consent.” – Abraham Lincoln
28. “You only have to do a very few things right in your life so long as you don’t do too many things wrong.” – Warren Buffet
29. “You can’t separate peace from freedom because no one can be at peace unless he has his freedom.” – Malcolm X
30. “The nice thing about being a celebrity is that when we bore people, they think it’s their fault.” – Henry Kissinger
31. “To be prepared for war is one of the most effective means of preserving peace.” – George Washington
32. “I have learned that success is to be measured not so much by the position that one has reached in life as by the obstacles which one has overcome while trying to succeed.” – Booker T. Washington
33. “Anyone who stops learning is old, whether at twenty or eighty. Anyone who keeps learning stays young. The greatest thing in life is to keep your mind young.”
– Henry Ford
34. “Never interrupt your enemy when he’s making a mistake.” – Napoleon Bonaparte
35. “In matters of style, swim with the current; in matters of principle, stand like a rock.” – Thomas Jefferson
36. “If one is lucky, a solitary fantasy can totally transform one million realities.” – Maya Angelou
37. “If you would not be forgotten, as soon as you are dead and rotten, either write things worth reading, or do things worth the writing.” – Benjamin Franklin
38. “The price of greatness is responsibility.” – Winston Churchill
39. “As we look ahead into the next century, leaders will be those who empower others.” – Bill Gates
40. “Leaders think and talk about the solutions. Followers think and talk about the problems.” – Brian Tracy