When I passed my 12th, I asked my mom to buy me an acoustic guitar but my mom and sister used to deny me saying that I already have an instrument, a harmonium, and that I would just lose interest in a guitar after a while. My sister suggested to me to consider buying it myself or buying it when I started earning my own money. I was heartbroken. Then I decided that I would buy a guitar myself. I had no idea about how I would be able to finance one and how much time would it take to do it. I just knew one thing, that I am going to have it. I made it clear that I will gift myself a guitar on my upcoming birthday and so I had 8 months to accumulate money. 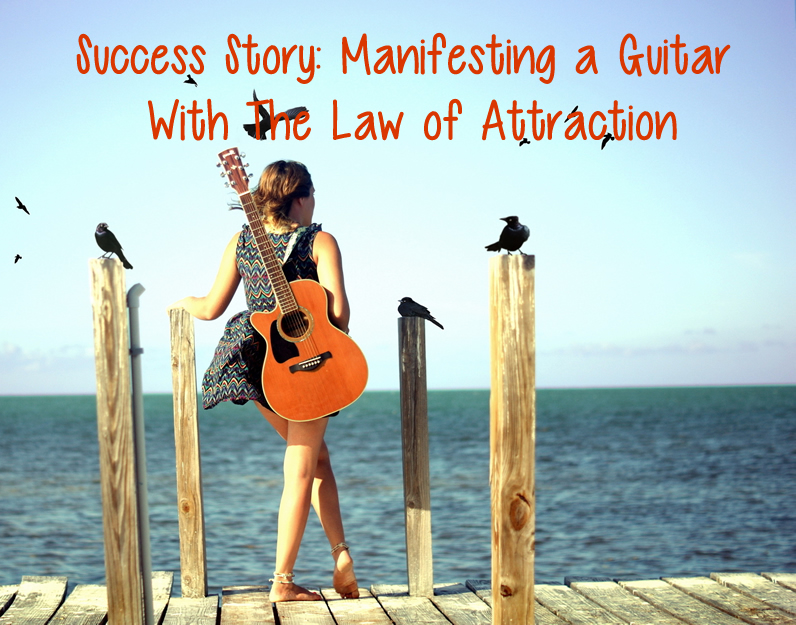 Then I started saving money. And I also used The Secret unknowingly. I used to watch guitar covers and imagine myself playing guitar while listening to my favorite songs. I also pretended to play guitar holding my badminton racket and I found a sketch of a girl holding a guitar which I tried to draw but was only able to draw the guitar. I was unknowingly shifting my negative emotions to positive emotions. My work in manifestation process was done.

Here is what the Universe did. One of my sister’s friends used to send her videos of himself playing guitar, and suddenly out of blue, my sister showed interest in buying a guitar. Then one day she suggested to me that we both should contribute half of money for a guitar for both of us. I told her that I had accumulated some amount of money and I will repay her later. So we purchased an acoustic guitar in November which was 5 months before my birthday. I paid my sister only 25% the amount and she excused rest of the amount. In just 1 week she stopped using the guitar because she was unable to play it and now the guitar is mine. And here is the best part! My guitar was the same guitar I drew in my journal! I hope my story motivates you.

Author: Riya K. from India.
About the Author: A degree college student and enthusiastic about music.
Source: http://www.thesecret.tv/stories/guitar-manifestation-story/