I wanted to share a wonderful example of paying attention to what the Universe brings you and how much the power of your thoughts can take any situation from negative to positive.

Last year I was having a difficult time with my vehicle. I could no longer afford the insurance on it because I was only working part time at a new job since being let go from my previous full time job. I had no clue what I was going to do as it had become obvious that the transmission was slipping in my car. It got to the point that my boyfriend at the time, genuinely was worried for my safety in my car.

One day out of the blue, my father had my stepmother call me and tell me that they had a vehicle they were not using and decided they wanted to give it to me! They decided to keep it on their insurance because it helped them receive a multi car discount.

The van was old and had many, many miles on it, but I was just so ecstatic to have a car that ran and that I was driving legally. Every time I drove in it, I tried to remember how lucky I was to have a vehicle, even if it wasn’t perfect, it was much better than what I had. But a year later the van seemed to be winding down to a breakdown. In my head I was so worried about this because I didn’t know what I’d do if the van broke down on me. I had no savings and could not afford a car payment and insurance payment even though I had been bumped to full time at my job.

At the beginning of the month my sister and I were travelling to the store to buy groceries when we were involved in a fender bender. You would think I would be a nervous wreck over that, but instead I just thought, “This will work out for the best. There is a reason this happened to me and that reason is for my benefit.” Luckily, everyone was okay and the accident wound up being the fault of the other motorist. We took the car for the damage assessment and they totaled the car out. All we could do was hope that the settlement would be enough to buy a little clunker to get me to and from work. 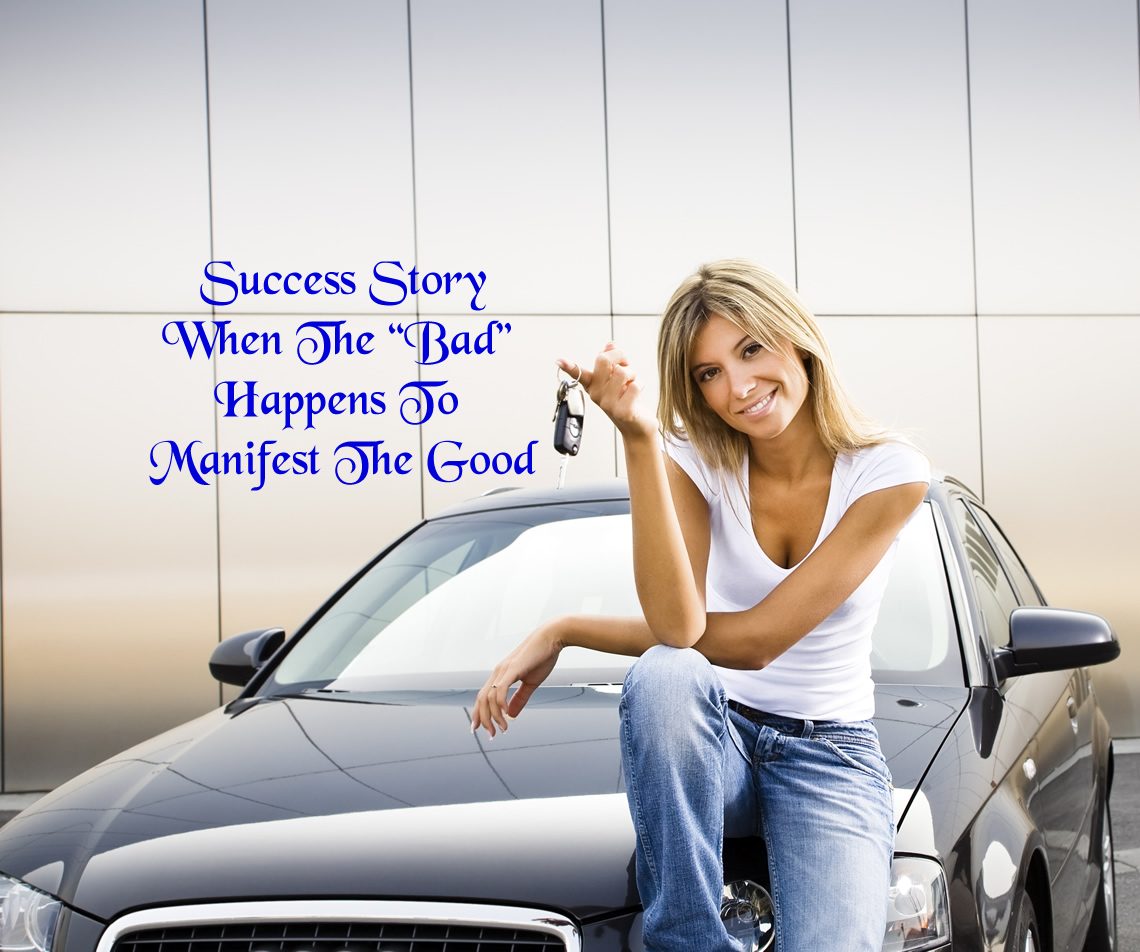 My stepmother told me that she had a friend who owned a title pawn company and that she had seen on Facebook that they had new cars that they sold for cheap because they had been repossessed. She said she would start the search for a new car there, but I would be without a car for at least four days. Again, I did not let this upset me. I just kept thinking, “This will all work out for the best.”

Two hours later my stepmother called me back. She had spoke with her friend and found me a wonderful vehicle in great condition with low mileage on it! And, the best part was because it was a friend of my stepmothers, she gave us the car for a steal! Because of that we were able to buy me a nearly brand new car and have money left over to fix the transmission on my father’s truck that so desperately needed it!

Because I did not let what seemed like horrible accidents ruin my attitude, they turned out to be huge blessings in disguise for me and my family.

This is just one example of a time The Secret has worked for me. Keep believing, keep practicing. The Power is there and yours to use to better your world.