Before I start, I would like to thank Rhonda and her team for building The Secret. LOA had never been something new but Rhonda and team, you made it easy to understand and it totally changed my life

My dad was a businessman and he has always preached that to be rich, one has to be in business. Since the age of 12, I knew I wanted to do business just like him.

When I was 20 years old (year 1999), my dad went bankrupt and in the same period, he and my mum filed for divorce. The banks came for the house and left me, my mum and my sister homeless.

At that time, call it illusion if you may, but I knew that being homeless was a temporary situation. It wasn’t long before my mum struck a windfall that was just enough for us to pay for the down-payment of a 600 sq. ft. unit.

I worked like everyone else did, but deep in me I knew this poverty was temporary, we were meant to live a rich life.

Years passed, I still held onto my belief that one day I’ll own a profitable business and we will be out of the “rut”. The self-deceiving thoughts gave me hope in life and I held onto it dearly.

At that time, I was working in a furniture retail store, taking home an average of SGD $3500 (Singapore dollars) and had a debt of $40,000. I was hardly making ends meet. My mum took home $1000. That was hardly enough for her general expenses and my sister did not hold a stable income.

I was excited when I read The Secret and held it dearly like a life buoy. I did so for 1 month and then I forgot about it since no one I knew had practiced LOA and I sounded weird talking about it. But I planted my desires, I wanted to start a profitable business. 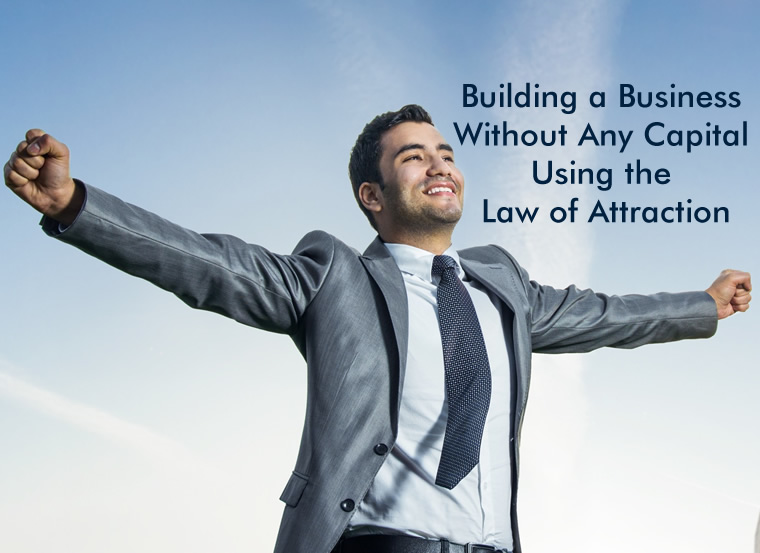 5 months later, courage came upon me. At that time, the property market was at its peak. The policy at that time allows a buyer to pay only 5% deposit to secure a unit in a private condominium and we will only need to service the loan after the building is completed. The property market then was active and I reckon I could “flip” this property, buy, sell and make a profit before the building is completed.

I had no savings and had debts to service. Something just told me, just go, you will be fine. I took all the loans I could and bought a unit in January 2007.


I was scared after I did the big jump. I tighten my spending and lived on minimum. The only thing that kept me was my belief that I will be fine.

Approx. 6 months later, the property market was shaken and went stagnant because of the Lehman brother’s crisis.

After clearing my debts, I had $20,000 excess. Concurrently, my best friend called me and told me about a good business venture. I entered it.

It was a profitable business but it was only taking in a revenue of $400,000 with an estimated profit of $100,000 which was distributed among me and my 2 partners.

In year 2010, I told my partner that we need a bigger business, we need a multi-million dollar revenue business.

In May, she stumbled upon a potential business in Hong Kong. She shared it with me and by July, we took up the new business. We did not have sufficient capital for the business but things just fall in place, we get the right loans coming in whenever we needed them

Looking back, I did not even fully understand Law of Attraction at that time but everything fell in place after doing the basics of The Secret and all I did was believe.

Believe to See is Real!

I have since reignited with Law of Attraction, gaining greater perspective and every day I attract to myself a miracle or more.

Life is beyond amazing, thank you Universe!