One summer morning 12 years ago, I woke up from the dream that would change my life. It was May 1995, and I woke up to the familiar sound of Voice Of America. I couldn’t get up right away, because the dream I had was so intense. There was something about that dream which was simply amazing. In the dream I was visited by this wonderful girl, everything about her was just right. I fell in love right there and then. I didn’t get her name, but I saw her Asian features and I noticed that she had long black hair and was a lot shorter than me.

That dream or whatever it was made me realize what I really wanted in life. I wanted someone like that, how amazing would that be? I told my friends at school that I have seen the future and that I would fall in love with an Asian girl with long black hair. They all laughed at my dream, but for me it was no joke. That was it, my future, all I had to do was believe. 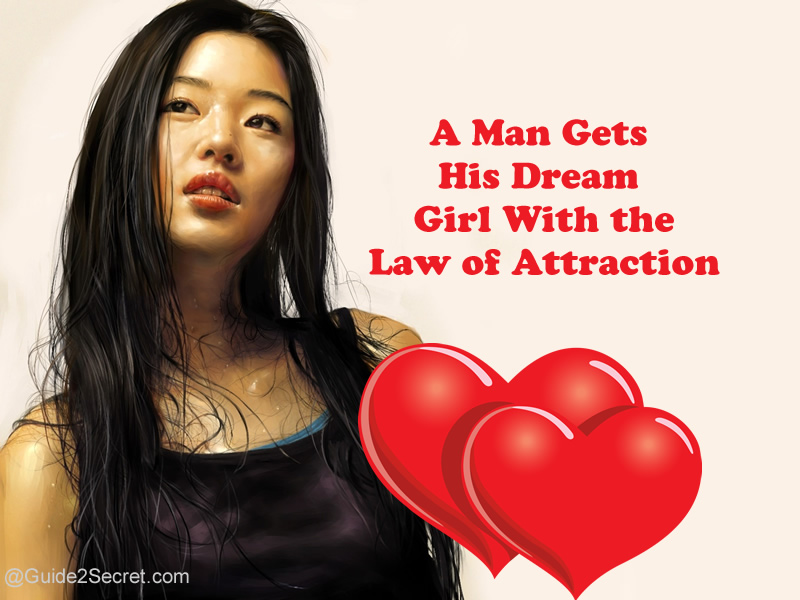 The years went by and I finished school, started working as a graphic designer, moved to a different town, got new friends, but there was no sign of the Asian girl. I slowly started to lose a little hope, but I could not forget her. I knew I was stuck somewhere, and my life had come to a standstill. I needed something new. I moved out of my home country Norway to lovely Ireland for a job opportunity. It was September 2004 and it was now almost 10 years since my amazing dream. In early 2005, there was some buzz on the internet about something called The Secret so I had to check it out. I was constantly trying to improve myself and this was something that really intrigued me so I got it, watched it and was amazed.

I set up a list of things I wanted and on top of that list was my Asian girl. Then in May 2005 she came to me again in a new dream. Her name was Ayu and she was simply beautiful. I knew that this was not a coincidence. The universe was telling me something. This is the girl I was going to attract to myself because I wanted her so bad. So I started writing a short story called “Dream Girl”. I wrote about this character (me) that was visited by the girl of his dreams. I even used the name Ayu as in my dream. I kept wishing and wanting and knowing she would be mine one day.

A lot of things happened after that, and I quit my job in February 2007 and I went to China and almost got married to the wrong girl. Turns out that was a very good thing and it was meant to happen.

In April 2007 everything started coming together. I was back in Norway and I got offered great jobs just like I wanted. Then I went online on a site called Friendster and I was just looking at people’s profiles, but I was really looking for her. I briefly passed someone called Keiya. The profile was locked so I couldn’t do anything.


I moved on and just a few days later I got a friend request from her. My profile was open to everyone so she had seen it and wanted to talk to me. We talked and right from the start I felt it, what I felt in that dream, the exact same feeling that I have never felt at any other place or time. I didn’t tell her right away because that would be crazy. We both felt it, it was amazing. Turns out she had the same dream as I did and on May 7th 2007, my 30th birthday, I asked her to be mine. There was no doubt in my mind that this was the girl of my dreams. I got what I wanted; everything I have dreamed of was now in reach thanks to the laws of attraction and positive thinking.

And her name? Kemala AYU Lestari

About Jorn T. from Manchester, UK:

Male, Norwegian, 30 years old. I am a creator of my own life.