Scottish biker Stuart Gunn was involved in a horrific accident that left him paralyzed from the waist down eleven years ago. Seven years later, following a seizure caused by the same accident, he lost his sight. In August 2013, he became the fastest blind man on a motorcycle, after hitting 167.1mph. 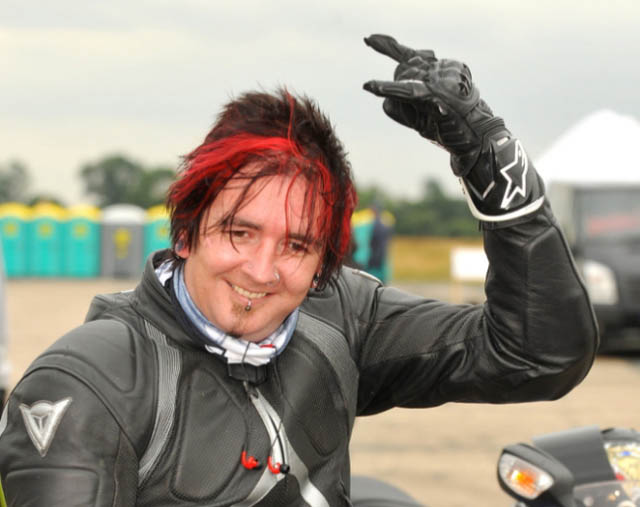 In 2002, Stuart Gunn was heading to a hospital for a pre-op on his shoulder. To avoid parking troubles, he decided to ride his bike instead of taking a car. At a junction in Edinburgh, Scotland, a van jumped lanes and crashed into the experienced biker. “When the van hit me, the base of my back hit where the windscreen and roof join. My head and shoulders went through the sunroof and my legs went through the windscreen, literally snapping me in half backwards. He then braked, as you might, and I got lobbed back out of the van,” Gunn remembered in an interview with Suzuki Bulletin. He nearly died, and doctors told him he was never going to walk, let alone ride a motorcycle again. But Stuart had always hated being told what he could and could not do, so he worked hard during his recuperation sessions, and in two years’ time he was walking with a stick. Unfortunately, the accident had caused more damage than anyone had realized, and in 2008 he started having really bad seizures which eventually left him completely blind and paralyzed on his right side. 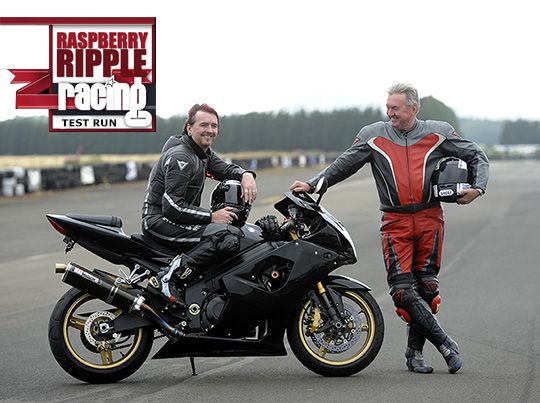 Most people would have given up the fight, but not Stuart. He fought hard, and eventually regained 40% feeling in his right arm. He still couldn’t feel his legs, but it was enough for him to get back on a motorcycle. But he didn’t just decide he was going to ride again, but that he was going to set a new world record. Stuart had heard about the World Land Speed Record for being blind and disabled set by Billy Baxter, who is also blind, and reckoned he could best it. Despite injuring his shoulder, he remained determined and on Saturday, he arrived at Elvington Airfield in North Yorkshire, ready to make history. He had to battle crosswinds while trying to push a Suzuki Hayabusa to over 164mph (the former record), and he managed to do just that, setting a new world speed record of 167.1mph. 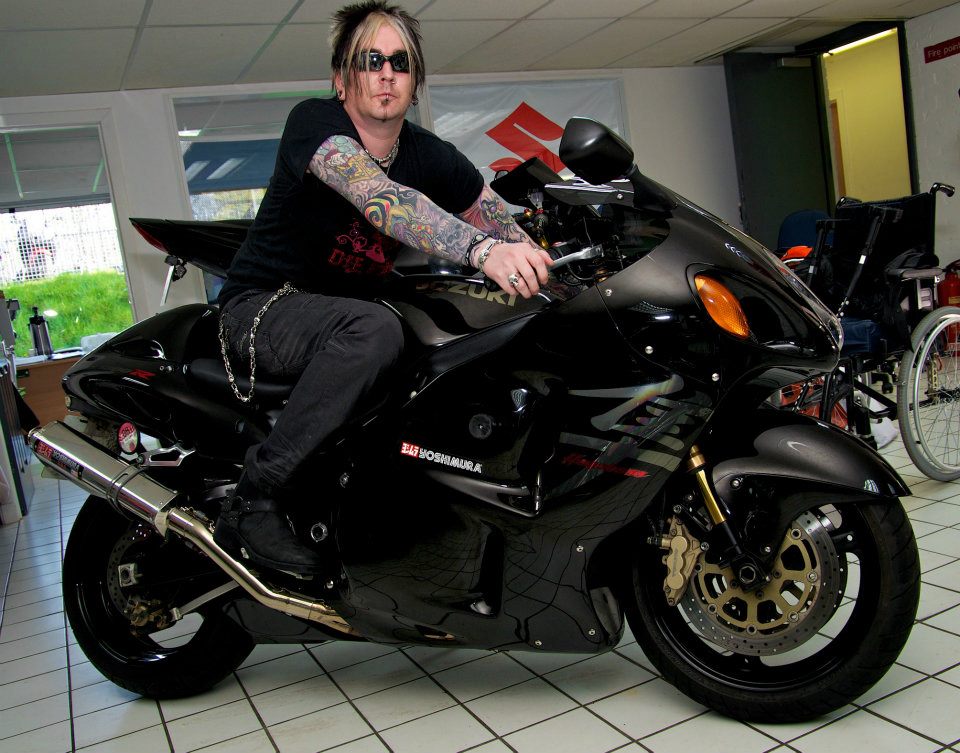 If you’re wondering how a blind and disable man can pull off such a monumental feat, the answer is sheer determination and a bit of help from his dad. Stuart Gunn’s father rides alongside him and uses an intercom system to let him know when he needs to steer and brake. Basically, he keeps him riding straight. “I was surprised to hear I’d done it,” Gunn told the press after his successful attempt. “I hope this proves to people that just because you are blind or have a disability doesn’t mean it should change or limit your life.” Aside from setting a new speed record, Stuart Gunn also managed to raise much-needed funds for a number of charities he cares deeply about.

But this isn’t the end of Stuart’s inspirational story. Now, he wants to run a lap at the International Isle of Man TT (Tourist Trophy) Race, one of the world’s most prestigious motorcycle racing events. As a kid, he had dreamed of racing there one day, and being blind and disabled isn’t enough to keep him from realizing his dreams. “I want to do the TT, definitely. That’s my main goal; I love it,” he says. “I think maybe a year or year and half to figure out the entire track to get safely round. Being in the dark makes it easy for me to work things out, so I can concentrate on learning that and aim for 2014 hopefully.”