A woman is the full circle. Within her is the power to create, nurture and transform.

Woman must not accept; she must challenge.

She must not be awed by that which has been built up around her;

she must reverence that woman in her which struggles for expression.

Women are the real architects of society.

How important it is for us to recognize and celebrate our heroes and she-roes!

A woman is like a teabag. It’s only when she’s in hot water that you realize how strong she is.

– Nancy Reagan, former First-Lady of the United States of America

Cut not the wings of your dreams,

for they are the heartbeat and the freedom of your soul.

I am convinced that the influence of an army of godly women will be incalculable–in our homes, our churches, and our culture. Will you be one of those women?

Modern invention has banished the spinning wheel, and the same law of progress makes the woman of today a different woman from her grandmother. 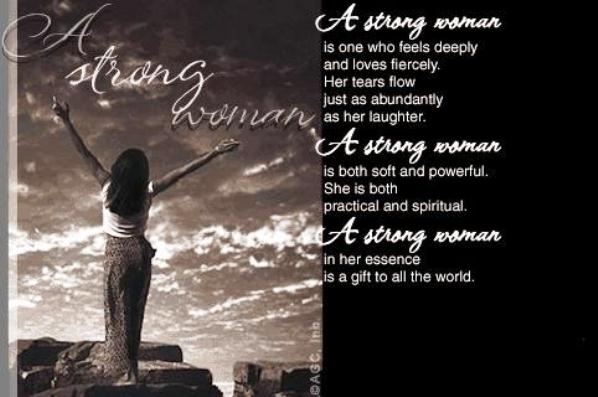 If you look at what you have in life,

If you look at what you don’t have in life,

Is it too much to ask that women be spared the daily struggle for superhuman beauty in order to offer it to the caresses of a sub-humanly ugly mate?

An actress can only play a woman. I’m an actor, I can play anything.

I’ve been a woman for a little over 50 years and have gotten over my initial astonishment. As for conducting an orchestra, that’s a job where I don’t think sex plays much part.

The fastest way to change society is to mobilize the women of the world.

Nobody can make you feel inferior without your permission.