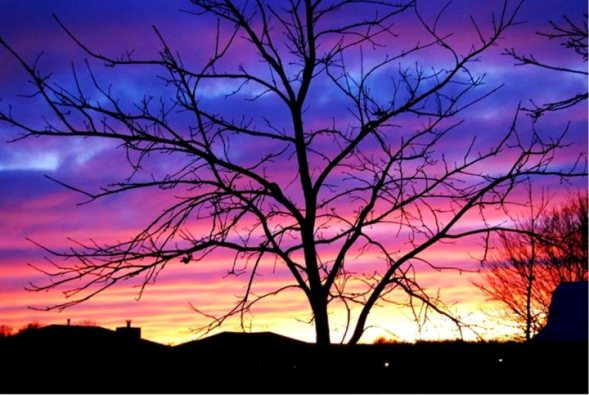 The movie The Secret has been creating ripples across the world. It features some of the world’s greatest teachers, philosophers, entrepreneurs, scientists, doctors, authors and financial advisors and presents the concept of the Law of Attraction in a manner that anyone and everyone can understand.

The trouble with The Secret, or rather I should say with people’s comprehension of The Secret and the Law of Attraction, is that many people only half get it.

They think to themselves, “Oh! If I just wish for something then I’ll receive it.” If only life were that simple. Also, you know they just might get away with it if they decided what they wanted and held that image steadfastly in their mind.

However, they may say they want something but continually look at their current circumstances which do not support what they want. They worry about how they will actually achieve what they want. They doubt themselves and the Universe repeatedly and then, as time passes by, they become even more jaded in their thoughts and their thoughts become increasingly negative and self-defeating.

Genevieve Behrend in her book Your Invisible Power wrote,

“When your understanding grasps the power to visualize your heart’s desires and holds it with your will, it attracts to you all things requisite to the fulfillment of that picture by the harmonious vibration of the Law of Attraction.”

Thoughts become things. So the thoughts we have become manifest whether they are positive or negative. The Universe always delivers. 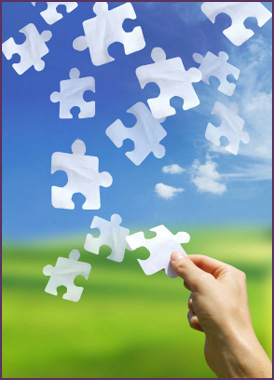 I like to explain this concept to my clients using a jigsaw puzzle. It’s something I’ve stolen from Robert Allen though I’ve expanded it. Imagine you are given a jigsaw puzzle to put together. It could be a relatively simple puzzle with just a few hundred pieces or it could have thousands of pieces. The problem is you haven’t been given an image of what the finished puzzle will look like. Could you complete the puzzle?

Take a second scenario where you have been given an image but it is incomplete or the image is faded and difficult to make out. How easy would it be to for you to complete the puzzle?

Take a third scenario where you are given an image for the puzzle but the image keeps changing. You look at it and one minute it represents this, then that. How easy would it be for you to complete the puzzle?

Obviously, the best conditions to complete the puzzle are where you have a clear, sharp, well-defined image. Unfortunately, it is the former scenarios that we often present to the Universe – no image, broken image or continually changing image and then we wonder why things don’t turn out the way we say we want them to.


The key then is to create an image with as much clarity and detail as possible and hold onto to that image but this is not enough.

Recall the second part of quote I mentioned by Genevieve Behrend, or as she expresses another way,

“The conscious use of this great power (visualization) attracts to you multiplied resources, intensifies your wisdom, and enables you to make use of advantages which you formerly failed to recognize.”

Some people think that visualization alone will do the trick and get them the things they desire. No. It’s like arranging a date with someone, agreeing to meet them at a particular rendezvous and then you stay at home.

The Universe will move towards you. You must respond by moving towards the Universe and taking advantage of the opportunities that the Universe brings to you in order to achieve that which you desire. Darn! Yes, you have to do some work.

I love this quote by Winston Churchill:

“During their lifetimes, every man and woman will stumble across a great opportunity. Sadly, most of them will simply pick themselves up, dust themselves down and carry on as if nothing ever happened”

And that is exactly what happens. The Universe will make available numerous opportunities to help us achieve our goals yet we often fail to recognize them or take full advantage of them. There’s a saying “Don’t wait for your ship to come in, swim out to it.” Having goals is important but more important it is what we become as we achieve a particular goal.

Of course there will be obstacles. That’s the whole point of this game called life. Would you play any board game or computer game if there were no obstacles or rules to make the game more challenging? Of course not, that would be so boring. Why then do we expect the biggest and best game of all to be any different?

So dream, dream big and hold on fast to your dream. Embrace every challenge that comes your way; brush the fear of failure aside and embrace the expectancy of success. You might not get what you want; you just might get something even better.

As Joan Curcio puts it;
“Jump into the middle of things, get your hands dirty, fall flat on your face, and then reach for the stars.”